We have over 140 peer-reviewed research publications, many of which focused on twin pregnancies. 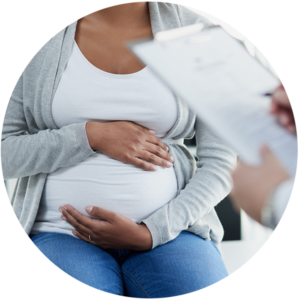 By conducting significant research, the Twins Research Centre aims to translate knowledge into practice. This will ultimately result in better care and improved health for twin infants and their mothers.

Trends and risk factors for preterm birth in twin pregnancies

The aim of this study is to provide up-to-date information on the current trends in the rate of preterm birth in twin pregnancies and determine the factors that may identify women with twins who are at the highest risk of preterm birth.

It is well documented that twin fetuses grow slower than singletons during the 3rd trimester of pregnancy. However, it remains unclear whether this observation should be considered as pathology inherent to twin pregnancies or as a harmless physiological adaptation of twins to pregnancy. Therefore, it remains unclear whether the growth of twin fetuses should be interpreted using the standard growth reference which are used for singletons or using twins-specific reference. The aim of the current study is to determine which type of reference (singleton or twins-specific reference) is most accurate in detecting fetal growth restriction based on correlation with short- and long-term adverse neonatal outcome.

Following the same rationale described above, there is a need for a nomogram of fetal growth that is specific for twin gestations. There are currently only a small number of such nomograms and none that is based on Canadian data. Our goal is to use data from the BORN registry to develop, using modern statistical approaches, a Canadian reference for birthweight that is specific for twin gestations.

A large international randomized controlled study led by our unit provided evidence that vaginal delivery is overall safe for women with twins. However this evidence is limited to women at gestational age of 32 weeks and beyond, and there is an ongoing debate on whether Caesarian sections are safer for twins born earlier in gestation, and data are especially limited regarding very preterm twins born before 28 weeks. We have initiated collaboration with the Canadian Neonatal Network (CNN) to conduct a study addressing this question.

most available risk factors for pregnancy complications, which are used for risk stratification and indicate preventive interventions, have been identified in singleton gestation, and there is paucity of data regarding their role in twin gestations. We believe that given the increased resource and greater maternal stress that occurs in twin compared with singleton gestations, the predictive value of certain risk factors such as maternal obesity, late maternal age, and use of fertility treatments and egg donation might be amplified in twin gestations. We plan to conduct population-based studies using data from BORN Ontario to address these questions.

The rationale and the aim of the current study are similar to the study described above in 1b. The current study will address this question by identifying the growth reference and thresholds that are best correlated with evidence of placental pathological findings, which provides the ‘gold standard’ evidence of placental insufficiency as the cause of fetal growth restriction.

The relationship between maternal hemodynamics and risk of preeclampsia

The cardiovascular system undergoes profound changes during pregnancy, and it has been suggested that failure of the maternal cardiovascular to adapt to pregnancy may predispose to complications such as preeclampsia. In addition, there are unique hemodynamic changes that occur in women in early (pre-clinical) stages of preeclampsia. Given that the cardiovascular changes in twin pregnancies are even greater than in singleton gestations, we believe that the role of cardiovascular maladaptation as an etiologic factor for complications in twin gestations is even greater. We have therefore initiated a prospective study that utilizes a novel device for non-invasive cardiac monitoring that provides information on maternal hemodynamic parameters such as cardiac output and peripheral vascular resistance. Our goal is to test the accuracy of this device in the prediction and diagnosis of preeclampsia in twin gestations.

Currently, the most commonly used tool to identify women with twins at risk of preterm birth is measurement of cervical length. However, most women with a short cervical length do not give birth prematurely. The aim of the current study is to use novel imaging analysis technologies and machine learning algorithms to analyze ultrasound images of the uterine cervix to identify texture patterns that cannot be detected by the bare eye and that reflect micro-structural changes in the cervix that are indicative of high risk of preterm birth.

The rationale and the aim of the current study are similar to the studies described above in 1b and 2b. The current study will address this question by identifying the growth reference and thresholds that are best correlated with sonographic and Doppler evidence placental insufficiency, which is the most effective and specific measure to detect placental insufficiency prior to delivery.

There are currently no proven interventions for women with twins who are suspected to be at increased risk of preterm birth based on the finding of a short or dilated cervix. Our goal is to lead a multicentre randomized controlled study with the SOON Network in which women with twins and a short or dilated cervix will be randomized to a cervical cerclage or expectant management. Our hypothesis is that the use of cerclage in a selected group of women with twins and a short cervix will decrease the risk of preterm birth and improve neonatal outcomes.

Value of serial monitoring of cervical length in twin gestations

Based on our previous data, we have shown that serial monitoring of cervical length in twins is more predictive of preterm birth compared with a single measurement of cervical length at mid-gestation, which is the current practice. Our goal is to provide level-I evidence supporting this approach by means of a cluster randomized trial within the SOON Network.